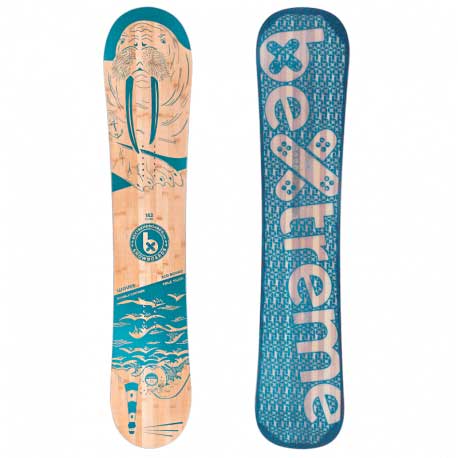 The Waves snowboard is made and designed for beginners and intermediate riders who are looking for a versatile snowboard for both freestyle and freeride. This is a very light, bi-directional, 100% wood core, double camber (camrock), medium-high flex snowboard. Suitable for piste and park.

The double camber (camrock), gives you grip and stability thanks to the traditional camber in the middle of the boards. On the other hand, the counter-edges disappear as the ends are lifted like a banana (inverted camber). We get a very permissive and playful snowboard without giving up the speed on the track.

This snowboard incorporates True Twin technology, which gives the same flex and wheelbase both in tail and nose, making it bidirectional.

As you can see below in the measurements, is a snowboard wide (wide) to favor jibbing, buoyancy in powder and the problem of large feet.

We talk about an ecological snowboard because all its materials have been carefully chosen not to harm the environment, as the cosmetic bamboo on which we print the design directly and apart gives us an extra resistance and reactivity. You can see them all in detail in eco-materials.

- Now you can buy a board with the SP Private Fasteners Pack, flow fasteners with the Auto Release & Memory system with which you won't have to sit down to put them on or take them off, the most comfortable and lightest! You can have the snowboard with the bindings with a discount. You can see photos in the product images (top left) and all the information in snow bindings. 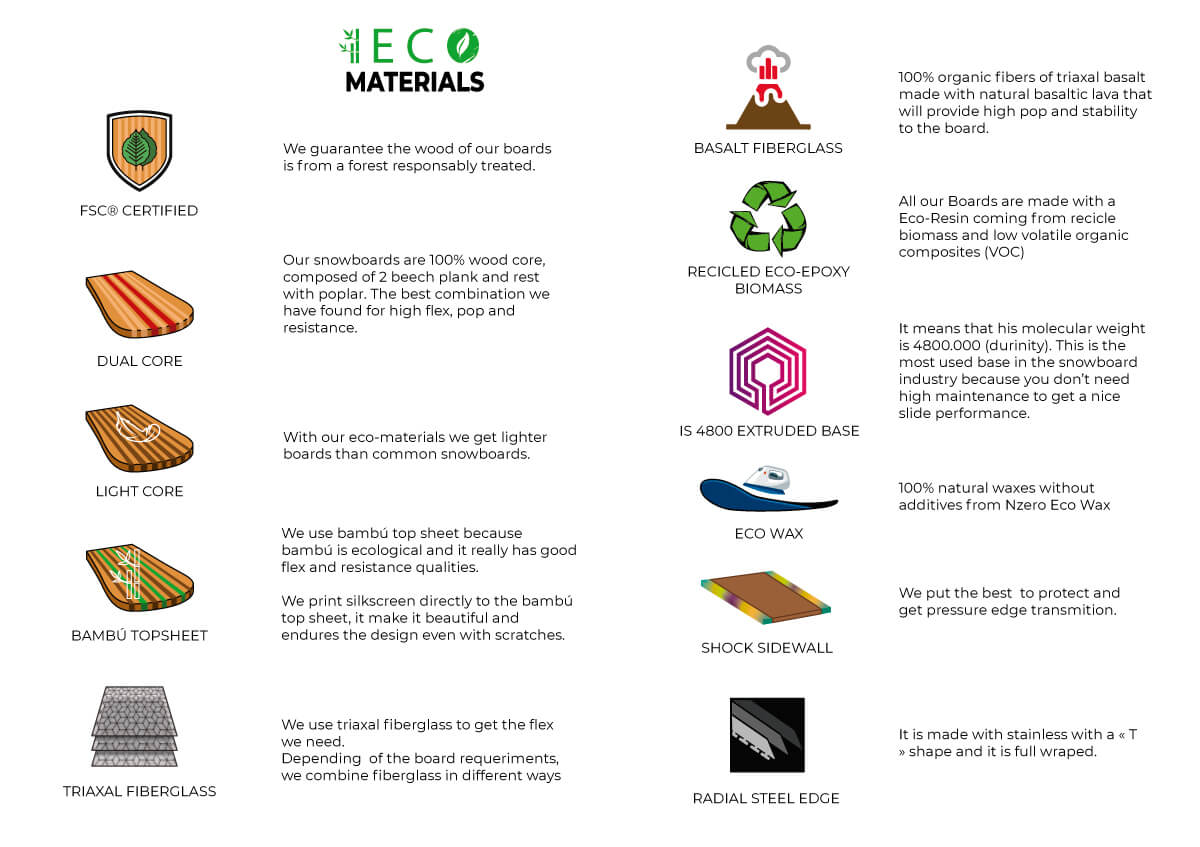 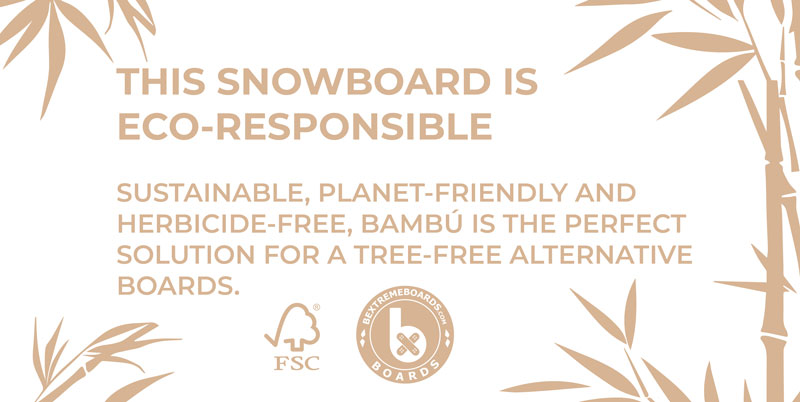 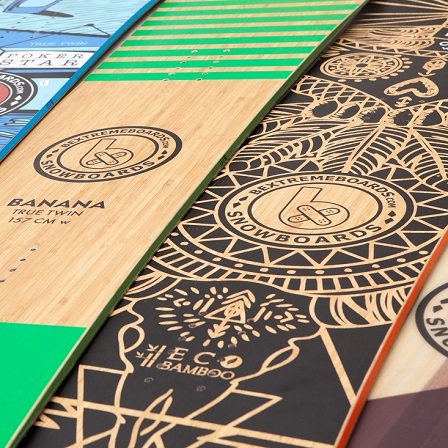 BAMBU TOPSHEET / LONG LIFEAll BeXtreme snowboard top sheets are made with bamboo. We print the design directly. This is the most sustainable and resistant. The bamboo top sheet never peels of or get broken, just splinters. Furthermore you get extra pop and reactivity. 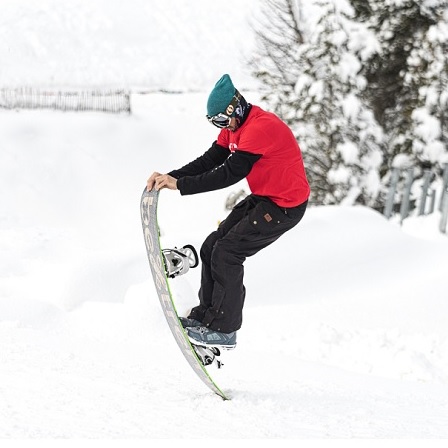 DOUBLE TESTED / REAL TESTSWe write our rules. We don’t just make the factory tests to ensure best performance and durability. We make our street tests to proof if our snowboards can handle our tricks. 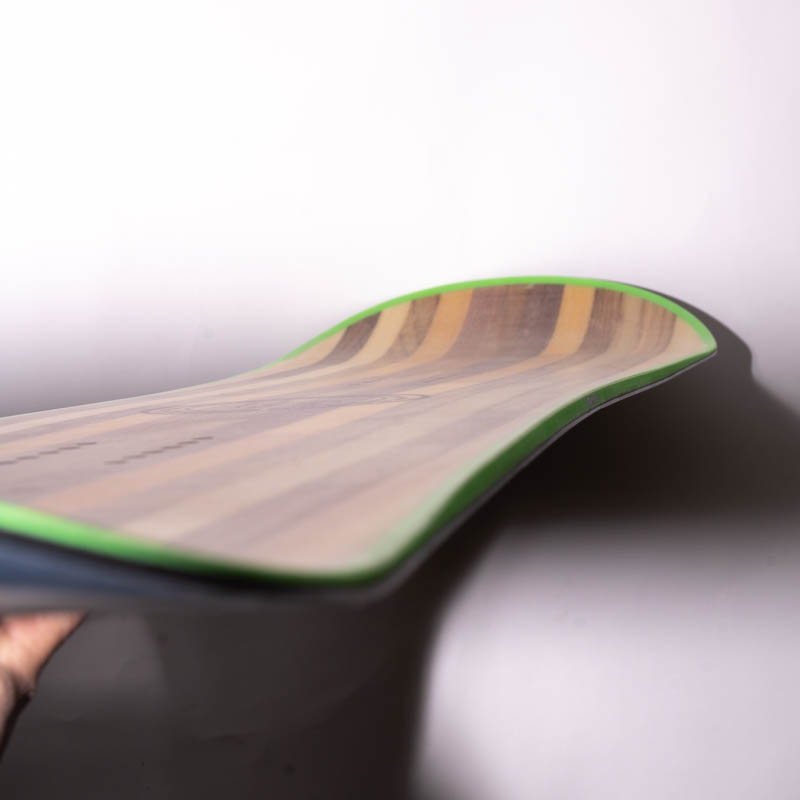 SUSTAINABLY MADE / BUILD WITH NATURE

SUSTAINABLY MADE / BUILD WITH NATUREOur snowboards are made with love to take care the “Pachamama”. All snowboard are built with wood FSC certificate + recycled epoxy biomass + basalt fibers + bamboo topsheet + eco wax. 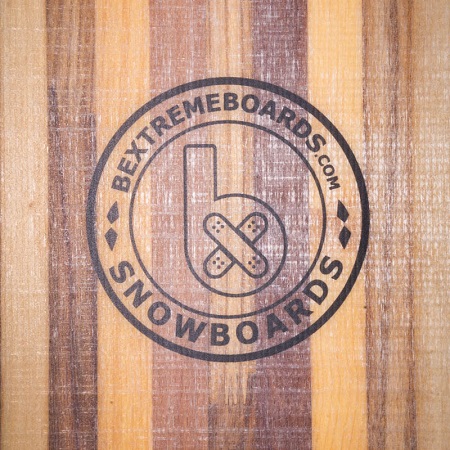 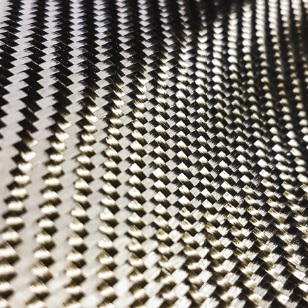 SUSTAINABLE FIBERS / BASALT STRINGERSOur snowboards have 100% organic basalt fibers made with natural basaltic lava. We choose triaxal or biaxal fibers depending of the flex and reactivity we want. 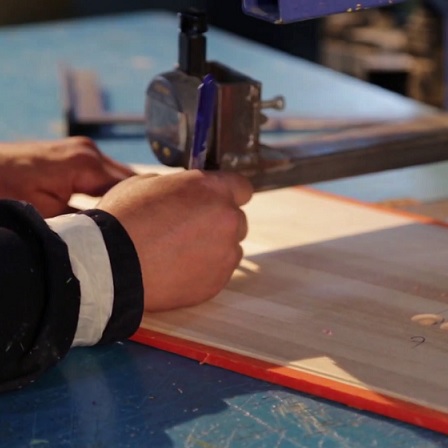 FACTORY WARRANTY / 2 YEARS¡Don’t worry! We give you 2 years warranty in case the snowboard has some defect from factory. We could give you 10 years, but you would say there is some trick behind.

We accept the following forms of payment